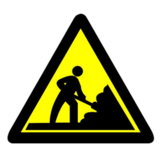 In "Maces and Talons, Part 1", Ryker Grimborn was the older brother of Viggo. Despite this, Ryker allowed his brother to become Chief of the Dragon Hunters.

in "Night of the Hunters, Part 1", Ryker and his men first encountered Berk's Dragon riders when they were loading their latest captures on a beach near Dragon's Edge. It was there Ryker and his hunters captured Astrid's nadder, Stormfly. Ryker then took his ship back to their port, and came under attack by the other dragon riders. Ryker then captured Astrid, Fishlegs, the twins, and their dragons. When they tried to escape Ryker revealed that he knew they would try to escape. He also revealed he made alliance with the Berserkers, their chief Dagur the Deranged, and his sister Heather.

In "Night of the Hunters, Part 2", Ryker showed the fate of their dragons and themselves if they refused to give him information on. Ryker, Heather, and Dagur then questioned Astrid all night. When they escaped again, Ryker, at Heather's suggestion, put them to work cleaning his ship. The Dragon Riders and their dragons were then rescued by Hiccup, Snotlout, and their dragons. Ryker let them go so he, Heather, and Dagur could contact his brother, Viggo Grimborn.

In "The Zippleback Experience", Ryker returned with Dagur to Dragon's Edge, where Vorg and a Berserker were able to capture Hiccup. However, Ryker and Dagur lost Hiccup when Barf and Belch attempted to rescue hiccup and signaled the other riders to help.

In "Snow Way Out", Ryker, Heather, and their hunters then gathered winter supplies to hunt down a pack of Snow Wraiths in order to get their teeth to unlock the Dragon Eye. During this time, Ryker was unaware that Heather was a spy.

In "Edge of Disaster, Part 1", Ryker, Dagur, Heather and their fleet then created a diversion. They sent a pack of tortured wild dragons to attack Trader Johann's ship in order to draw the Dragon riders away from Dragon's edge. After Hiccup, Snotlout, and Fishlegs left, Ryker and his men then captured one of the riders, Ruffnut. Despite there still being dragon riders present, Ryker ordered an attack on Dragon's Edge.

In "Edge of Disaster, Part 2", Ryker was surprised that two of his were destroyed during the first wave. He sent in the second wave, then took some of his men up a cliff where they were confronted by Tuffnut and his Chicken. He then fought Tuffnut until Hiccup, the other riders and a wild dragon pack arrived. He was forced to retreat.

In "A Time to Skrill", Ryker, Dagur, and their men captured the Frozen Skrill. During the night, Hiccup and the Riders found the dragon hunters' camp. Spitelout and Snotlout act as a distraction, while the others find the Skrill, in a cage submerged in water. The dragon hunters capture them all, but Hiccup makes a break for it and orders Toothless to knock the cage onto land. Once they get the cage out of the water the Skrill uses its lightning to break free and destroy the dragon hunters camp. Ryker tries to knock out the Skrill with the Dragon Root arrows, but Hiccup and Toothless with the latter taking the arrow in his place shield the Skrill. After that, Ryker, Dagur, and Dragon Hunters are forced to retreat again.

In "Maces and Talons, Part 1", following a brief battle with Hiccup's dragon riders, Ryker then brought Dagur, Heather, and their men to Dragon Hunter Island. There, he brought them before Viggo Grimborn. Ryker then went with Viggo to hunt down a Flightmare. Ryker stood his ground while the Flightmare froze his men, and was able to capture the Flightmare, Heather, and Windshear.

In "Maces and Talons, Part 2", Ryker fed the Flightmare and suggested to Viggo that they throw Heather to the Whispering Deaths. Ryker then informed Viggo that Hiccup and his riders were able to get past the Typhoomerangs. After Viggo had taken the Dragon eye and used the Flightmare on it, Ryker that it was useless. However, aboard Viggo's ship, he revealed that the flightmare's glow had removed the need for a Snow Wraith and could be lit by his captured dragons.

Some time later, in "Last Auction Heroes", the Dragon Hunters held a dragon auction to which various parties were invited, providing they had the wealth to participate. The two confronted a disguised Snotlout Jorgenson and Gobber when they arrived, but due to their possession of Berk's entire gold supply they were allowed in. Ryker later came across them after they'd encountered Grump, whom he considered useless and enjoyed the idea of killing and eating. After the Dragon Hunters sprung their trap to break up the auction, Ryker confronted Hiccup only to end up in a battle with Gobber. The exchange seems to have been something of a draw, as Gobber escaped on Grump but Ryker likewise escaped after causing Gobber to lose his hook.

In "Shell Shocked, Part 1", Ryker, fed up with Viggo constantly belittling him, took control of the Dragon Hunters for himself, most notably claiming the Shellfire and leaving Viggo behind. After attacking the Defenders of the Wing he encountered Hiccup, and claimed that Viggo was behind the Shellfire's attacks and manipulating Hiccup.

In "Shell Shocked, Part 2", this proved to be a deception, as Ryker attacked Berserker Island before setting his sights on Dragon's Edge. However, Viggo and the Dragon Riders formed a temporary alliance, with Viggo unleashing the Submaripper against the Shellfire. This distraction allowed the Dragon Riders to free the Shellfire, and Ryker and his crew were thrown off into the sea and were presumably drowned by the Submaripper.

As the older brother of Viggo Grimborn, he's the muscle and brawn. He is the type of character that wants to just run in and start beating everybody up and killing everything, while Viggo is the tactical one.

Ryker is as direct in purpose as he is in combat. The elder Grimborn cares only about wealth and will overpower any obstacle, human or dragon, in his obsession for greater riches. Ryker simply takes what he wants, uses it as his benefit, and then discards it like shed dragon skin. He also arrogantly believes himself to be smarter than dragons and his underlings.

But underneath his crazy persona, Ryker shows his care for his sibling, Viggo, in spite of his fear. In Edge of Disaster, Part 2, Ryker is quick to lash out at Dagur when he says that Ryker's cousin, Lars #2 was expendable.

Ryker isn't as smart as his younger brother but he has proven to be much stronger in battle.

Strength and Fighting Skills: As he is more muscular than his brother, he is shown to be strong enough to handle just about any of his foes. He also stated that he can easily hurt his brother. His strength and skills of combat against Gobber have shown to be somewhat even, although Gobber admitted that Ryker had greater skills.("Last Auction Heroes") He even can knock out Hiccup with one punch in the stomach easily for shirt time.

Swordsmanship: Ryker was very handy with both of his swords. He was able to fight Gobber with one of them.("Last Auction Heroes")

Intelligence: Though not as great as his younger brother, he appears to know a lot about dragons, as he claims to his men that dragons are smarter then they appear. As he is able to come up few ideas against the Dragon Riders that seem to work out and knowing that the riders were acting to be captured on the ship, he is a decent tactician. He also knows many dragons' weak spots. He even knows the formula for Gronckle Iron, and that using Nadder spines for weapons gives him an advantage in resources and weapons.

Senses: He appears to be able to detect dragons by smell, and even know the species, as proven by his use of smell to detect Stormfly the Deadly Nadder in "Night of the Hunters, Part 1".

Dragon Trapper Expert: He shown to be excellent trapper against many dragons. As he has seen many dragons, he has learned their abilities as well as most of their weaknesses. He knows that Deadly Nadders will expose their bellies when shooting its spines while airborne ("Night of the Hunters, Part 1"), the leader of the Night Terrors is the main strength and weakness of its flock("Edge of Disaster, Part 1"), and that Gronckles are immune to the effects of Dragon Root("Night of the Hunters, Part 1").

Archery: Ryker has proven that he is a very skilled archer, as evidenced by when he hit Stormfly directly in the belly after she used her Spine Shot ability, which is a Deadly Nadder's main weakness. He also managed to shoot Smidvarg right out of the air whist he and the other Night Terrors were forming their giant composite Night Terror form. Without their alpha, the other Night Terrors scattered. Ryker's knowledge of dragon weaknesses coupled with his archery skills can make him a very dangerous opponent.

Dagur was right. You don't look like much.|Ryker meeting Hiccup for the first time|Snow Way Out}} In "Snow Way Out", when he met Hiccup face to face on Glacier Island, Ryker said he didn't look like much, however, he is still beaten by the young Viking. Ryker is one of the few characters to address Hiccup by his last name.

At first, Ryker liked Heather's suggestions knowing she was more brains than brawn than her brother Dagur.("Night of the Hunters, Part 2") However, due to the fact she rode a dragon, Ryker did not trust Heather completely. Whenever she did something that wasn't according to plan, he questioned her, as such as giving their position away to the Dragon Riders or inadvertently saving Hiccup.("Snow Way Out") By the time of Dagur and Heather's meeting with Viggo, in "Maces and Talons, Part 1", he realized that someone was giving the Dragon Riders information, and immediately suspected Heather, despite Dagur protecting her. In "Maces and Talons, Part 2, when Heather's cover was blown and she was captured, Ryker proposed to toss her into a pit filled with Whispering Deaths.

Ryker is shown to interact with Dagur pretty well, but he does seem to be annoyed with Dagur sometimes. Ryker's belief that siblings are family, and family is important may have influenced Dagur's decisions to protect his sister, Heather, and eventually side with her.

飞越边界，第三季（Race to the Edge, Season Three）

Dragons: Race to the Edge, Season 2